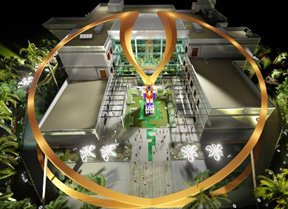 The prestigious Robotic gallery is an iconic project, first ever of its kind in India. A world class facility to educate the people in the field of robotics and provide the young brains a platform to showcase their innovations. Built by the Gujarat Council of Science City, Department of Science and Technology, the gallery is an epitome of our honourable PM Sh. Narendra Modi’s Digital India movement .

TCE is the Design & Technical Agency (DTA) for the Robotic Science gallery and is involved right from Conceptualisation to Detailed Designs covering Architectural, Structural and MEP design, Exhibit planning and design layouts, Landscape design and drawings including management of project execution at site.

The Activities & Exhibits in the gallery are carefully designed and selected to:

The concept for exhibit planning is derived from the idea of the gallery being an ‘Edutainment’ hub; education + entertainment. The gallery has something for everyone to engage themselves in. 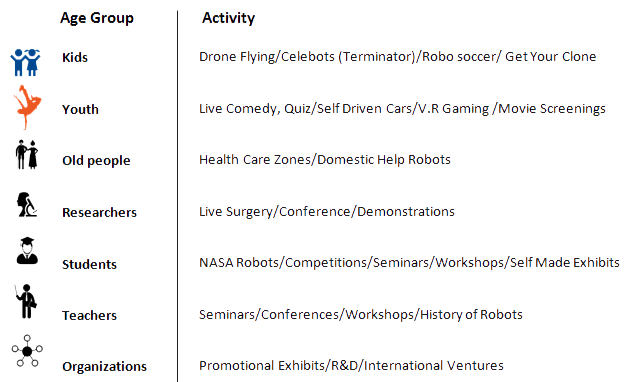 The design philosophy of the gallery is borne from the subject itself. The building symbolises the character and journey of robotics in a bold manner. Form thus becomes the channel of symbolism, the physical embodiment through which people relate the subject, the imagery that brings people back and take pride in.

Robots in its early days were built of rigid steel structures. They were portrayed in cubical forms and the imagery has been deep imprinted in the minds of the people for a long time now. However, in the modern era with the rigorous innovations in technology, the language and complexity of the robots have changed. The evolution has been dramatic and fascinating to say the least. A lot waits in the future; the robots are no longer the rigid metal bodies, but the fluidic beings that have come of age to take human form. This evolution is what the building portrays through abstraction.

The building is symbolic of the basics in robotics and technology which go deep down to the binary programming. It is thus designed in a rigid form depicting that the basics always stay the same. The overall form is a marriage between rigidity and fluidity or in other words being futuristic still being rooted to basics.

The various activities and sections in the gallery are planned so as to provide a holistic experience of robotic applications in diverse sectors in the society.The following sub galleries are planned to achieve the desired experience:

The gallery is truly a footstep into the future of India!