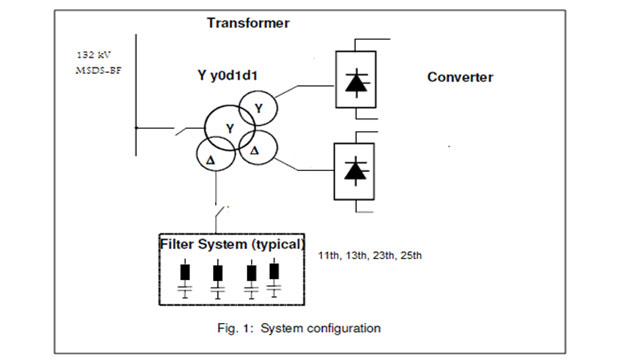 While in operation for some time, 132 KV bushings of 2 converter transformers failed one after another within a time span of about 24 hours. One bushing in each of the two transformers got physically damaged with clear markings of insulation failure and other two bushings in each of two transformers witnessed abnormally high capacitance and tan delta value. Owner of the steel plant entrusted Tata Consulting Engineers (TCE) to carry out a thorough investigation to ascertain the root cause of bushing failures and submit a report.

After analysis, TCE submitted a report on root cause of the failure of transformer bushings. The report reveals that failure of bushings is not attributable to switching or lightning surges, as the maximum voltage surge which can appear at the bushing is well within its designed insulation level. Based on circumstantial evidences available at site, the report pointed out that the probable cause of bushing failures was due to permanent degradation of insulation due to moisture ingress over a long period of storage of bushings at site. The report has been accepted by the customer. The system has been in operation successfully for quite a long period after necessary rectification as suggested in the root cause analysis (RCA) report.

TATA Consulting Engineers (TCE) is into the business of regularly carrying out similar studies with in-house power system experts and software tools. TCE have executed a number of root cause analysis studies on various equipment and system faults.