The SMA method has typically been used in other countries for the safety evaluation under seismic conditions of existing nuclear facilities. It considers seismic intensity level which is beyond design basis earthquake events, also referred to as RLEs (Review Level Earthquakes). Regulatory authorities in India have also demanded SMA evaluations for the existing nuclear facilities to ascertain safety in the event of earthquakes.

There are two seismic margin assessment methodologies, developed by

1. Only primary stresses are considered for SMA at service level D conditions for pressure boundaries (ASME BPVC Section III). Secondary stresses such as restraint of thermal expansion and support displacements are not included in load combinations due to the relatively low number of seismically induced cycles does not result in failure (IAEA, 1993).

2. The demand is combined with normal operating conditions (NOL) and SSE conditions, which are expected to occur concurrently using load factors of unity.

3. Since SMA is based on a linear analysis, load combinations may be expressed in terms of ‘stresses’, ‘forces’, ‘moments’, ‘displacements’ or any similar relevant concept.

The factor of safety is calculated as the ratio of seismic capacity to seismic demand (Ds). It is sufficient to analyze the system once for normal operating loads and earthquake loads using the review level earthquake and then extrapolating the results to obtain the HCLPF value of earthquake in terms of PGA. The HCLPF value of PGA is obtained by increasing the review level earthquake (i.e. SSE) PGA by a factor which is ratio of remaining capacity to seismic demand and then multiplied by ductility factor.

In a typical assignment, as built data/drawings needed to be studied for 19 safety related piping and supports involving 130 models. This was a challenge since enormous as built design and site details had to referred (2500 drawings) for Safety related Class 1, Class 2 & 3 piping. The job was executed with utmost care and perfection. Rigorous modeling in piping stress software and client review was involved. 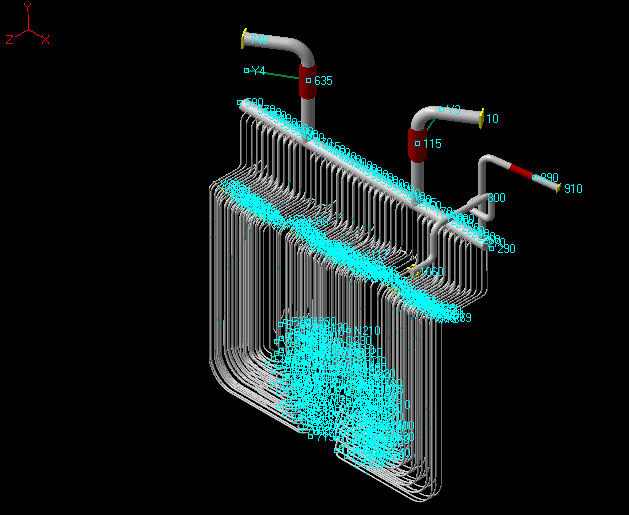 TCE has more than 40 years of experience in working with prestigious nuclear projects and regulatory authorities, having been a part of many nuclear projects in the nation. This has developed us with deeper understanding of the complexities, concepts with unique competence in handling challenging assignments.